The Hritik Roshan and Kangana Ranaut, Both are playing out endlessly over the last few weeks. Few days ago this story takes a new turn.

Bombay Times reported that when Cyber Crime Cell officials reached at Kangana’s home for investigation of her laptop. At that time reporters told that actress was not at home. Someone told that she has left town.

And also when BT contacted Kalpana Gadekar, senior Inspector of the Cyber Crime Investigation Cell ask for investigation ,she did not confirmed or deny it. Kangana also do same in past, she always this kind of investigation.

Once she replied angrily, “Do not people get fed of spreading rumours about her.” Also she added that, this type of obsession with her will make her more powerful as well as more popular.

Kangana says that it was rumour that she left town but she is in town and not going anywhere. She told to media that, they all come on with another plan. And also this clearly did not work properply. 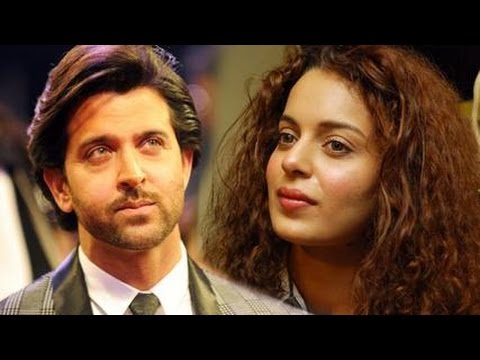 And another story comes out is Actress says Cyber Crime Cell did not reached on her residence. And Kangana left from town that news spread by Hrithik. When BT contacted to Kangana Ranaut’s lawyer, Rizwan Siddiquee he said, his client is not a diffident to disappear suddenly.

Also her lawyer added that they have always been handling all the matter legally and without any fear. And Hrithik’s team is just deceptive media persons for obvious reasons. Hrithik received notice before 45 days but still he did not give any reply.

Story is taking new turn, and waiting for latest news of both celebrities.