Congress president Sonia Gandhi is famous as Rajiv Gandhi’s wife and Rahul Gandhi’s mother. But very few people know that Rajiv was not her first love.

It happened when Sonia was 16 years old. She obviously didn’t have understanding about life. In those days Sonia- a girl living in Italy fell in love with a handsome footballer. 26 years old football player Franco Louiso also lost his heart to Sonia. 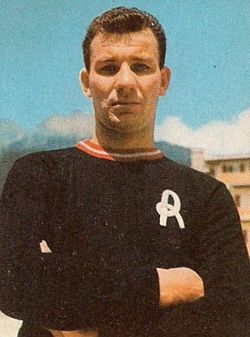 The original name of Sonia who was living in Italy was Antonia Maino. Antonia and Franco had been in relationship for four years. Both the families were aware of this relationship and agree to convert this relation into wedding knot.

Problem begun when due to immature age Sonia insisted for marriage but Franco clearly said to Sonia that he wanted to have a more focused career and was not ready for marriage. That thing broke young heart of Sonia and they separated.