The Great Britain has celebrated 90TH birthday of Queen Elizabeth II on Thursday. Elizabeth is one of the most popular monarchs of England who has served the reign for a long span. From decline of Royal Empire to an age of Internet, Eliazabeth II has been on throne.

Current Prime Minister of UK, David Cameron also paid tribute to Queen by honoring her as “a rock of strength for our nation”. Her heir Prince Charles made the occasion poetic by reading verses of Shakespeare on a special broadcast on BBC Radio.

She lit the first beacon of the chains of 1000 beacon which will be illuminated around the country and globe. Then she hosted a family dinner.

Prince Charles and Kate and their two children were also the centre of attraction. Though Queen is hale and hearty, many important decisions about Royal family are taken by Prince Charles.

Prince Charles, being an opinionated environmentalist interferes in politics. The question arises after the unfortunate departure of active monarch Elizabeth, will Prince Charles come to political structure. 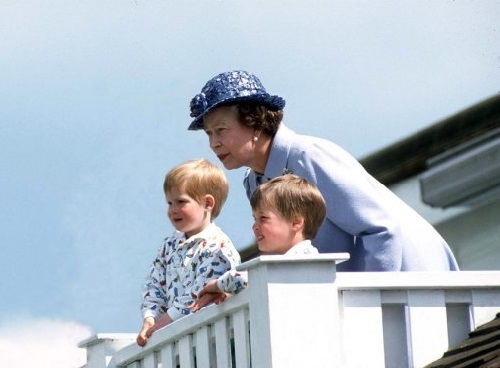 Elizabeth has been reigning since 1953 and has not much interfered in politics. The Times news paper has all praise for Queen wrote, “a symbol of continuity and the best embodiment we have of a complex national identity.”

Royal fan named John Loughrey has been sleeping on a bench outside Windsor Castle since Monday for the grand day. He said that, “Queen hasn’t put a foot wrong.” He added that “the Queen modernizes the monarchy every ten years.”